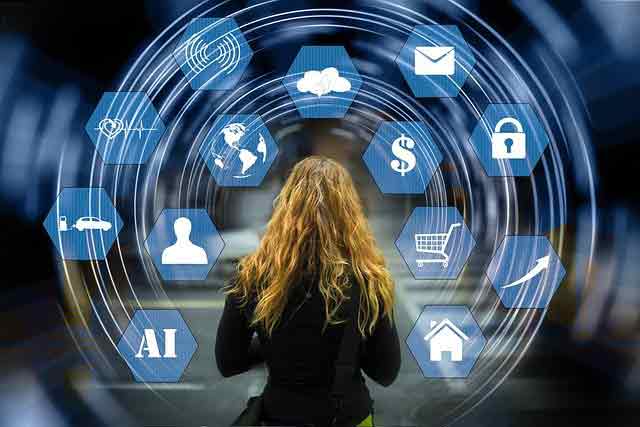 Artificial Intelligence Notes So far in the universe,

a human being is the only living creature found whom

nature (God) has provided the mind of intelligence.

It is due to this mind that a person becomes intelligent

and foolish too. A human being can use his mind properly

to reach the highest peak of progress and can also go

on the path of destruction through its misuse.

Evolution is the continuous process of the universe

As a result, they also had to bear the dire consequences.

Apart from this, the use of highly skilled intelligence of

human beings in welfare works is seeing for thousands

of years. The result of this can be seen and understood

by everyone today. Whatever achievement we have

received from science has completely changed our

lifestyle. From eating and drinking to glimpses of it,

the medical field, the use of devices like internet

and mobile etc., are clearly visible in everywhere.

In the field of technology, human being has developed so much and now in this regards, trying to develop machine that can have the ability to work just like humans. However, preparations for this are already taking place and we are using and seeing such machines.

From a small calculator to computers, mobiles, satellite launches etc, it has been observed that the machine can do many tasks on its own without human intervention. Scientists from all over the world are involved in such work day and night related to creating a tendency to do work by machines like that of human beings. The development of human-like intelligence in the machine, the power to think, analyze and understand, can be completed without the intervention of human beings. Many films in Hollywood and Bollywood, have been made where machines are shown to be superior to humans.

What are the consequences when human-like tendencies develop in robots or machines with artificial intelligence?