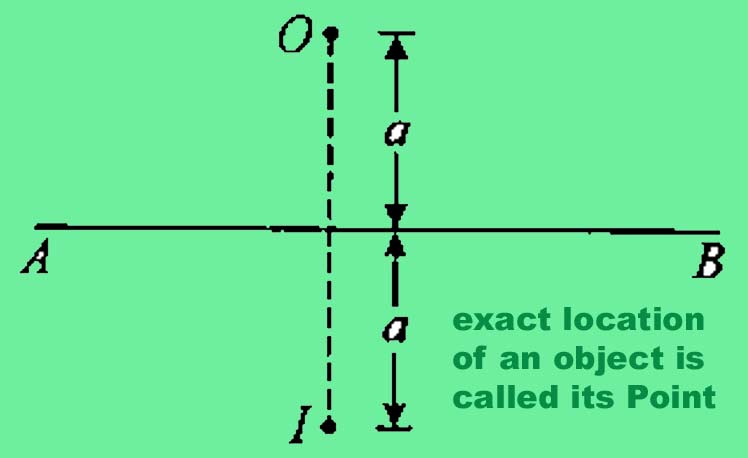 The exact location of an object is call its Point. It has position only and no size i.e. no LENGTH, no BREADTH, and no DEPTH/HEIGHT.

It can be represented by a DOT i.e. the pictorial representation of Points are:

Any Points can be named by using any CAPITAL LETTERS of the English Alphabets.

The names of the above Points are Point A, Point B, Point C, Point D, Point E, and Point F

It is a One-Dimensional Figure without any thickness and extends endlessly in both Direction.

Taking any two points (say P and Q) on the above line, the name of the line can be write as

As line extends endlessly in both the direction, so we can say that it has

A Line Segment is a part of Line which is formed by joining two Distinct Points.

A line segment has a definite length which can be measure with the help of Ruler/Scale.

A Ray is a part of Line that has fixed starting point but no endpoint. It extend endlessly in one direction only and so, it has