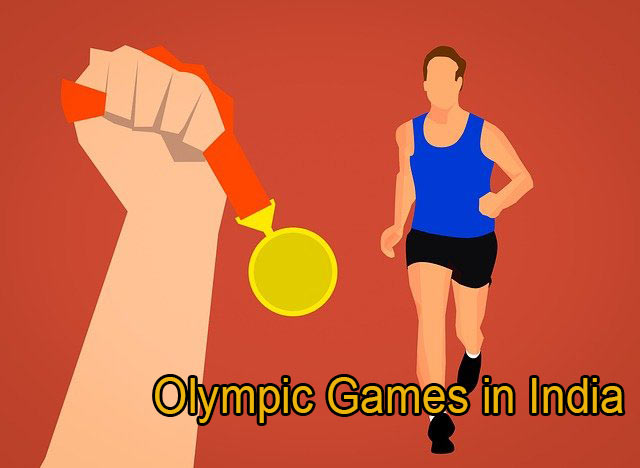 (Significance of  five rings of the Olympics)

Games & Sports are an important part of our life, which not only makes us physically and mentally strong, but it is also a great tool for our entertainment. There are many types of sports played all over the world. Games like Cricket in India much liked among all age groups of Individuals. The biggest platform in the world in terms of sports is the Olympics. In this platform, Players from many countries of the world compete in different sports.

There are many sports in the Olympics. The biggest prize in the Olympics is the Gold Medal which is awarded to the best performer in the Games. Apart from this, Silver and Bronze medals are also given in it. What makes the Olympics special is, is its torch-lit in its event, whose history is as old as the sport. Have you ever wondered why this huge torch is lit in the Olympic Games? Why is it considered so special? And why was the Olympic Games started?

The Olympics began in ancient Greece. The story of the Olympic Games is believed to have begun thousands of years before the birth of Lord Jesus. These games were played as religious games in Athens, the capital of Greece. These were organized in honor of the God of Gods at that time. Apart from this, these sports were also used in training of soldiers and preparing for war. Based on assumptions, the Olympics at that time mainly consisted of chariot riding, horse racing, wrestling, and boxing. Along with these games, a torch was also lit in the Olympics. It is believed that at that time the torch of the Olympics was lit through the sun, this torch was kept lit till the Games are over.

The torch of the Olympics reflects our pursuit of purity, life, and mastery of ourselves. Like today, this torch was also used as a symbol of Olympic sports at that time. These games were named Olympics because it was played at Bridge’s Olympia. In ancient times, the player who won was given a statue as a reward. The last ancient Olympic Games were held in 394 AD. After this, the emperor of Rome banned the game by calling it a statue of idol worship.

When the Olympics begin, the torch is carried to the country in which the games are being held and continues until the end of the Olympics. When the Emperor of Rome banned the game, these games could not be held for hundreds of years and people almost forgot it.

The modern Olympics have been resurrected in the 19th century due to the efforts of Pierre de Coubertin. It is said that he had heard about the sports festival of history, so he always had a desire in his heart to start such games where everyone can come and play. These Olympics are believed to be the first time in the history of the bridge to be revived in 1896. However, it had to struggle a lot to save the existence of the game. Initially, it did not become so popular, it was only part of history that everyone had forgotten.

It was a very difficult task to attract people to it, yet Pierre de Coubertin had drawn some people towards it. It is said that the first Olympics were not organized very well. Initially, the world’s superpowers like America and Russia did not show interest in it, other countries also did not give it any special consideration. However, Pierre de Coubertin did not give up and he continued to host the Olympics. He was just hoping that one day it would be famous.

The Olympics received a new identity in its fourth event which took place in London and was attended by around 2000 players. After this, the game gradually became famous and after the superpowers of the world, America and Russia came into the game, its glory increased. Since then, winning medals in this sport was seen as the country’s prestige. The official copy of the modern Olympic Games is five interlocking colored rings that depict the continents of America (North America & South America), Asia, Europe, Australia, and Africa. Apart from this, the flag of the Olympics is white.

The Olympic Games became quite popular after 1924 when its eighth edition was held in Paris. That year around 3000 players who came from 44 countries, including more than a hundred women players, all participated. Apart from this, Closing Ceremony was performed for the first time in the Olympics. In the same year, many games started in Winter Olympics such as Ice Hockey, Finger Sketting, Marathon, etc.

The International Olympic Committee for the management of today’s Olympic Games was founded in 1894 by Pierre de Coubertin. It is headquartered in Geneva, Switzerland. This committee controls the Olympics and apart from this, the same committee also decides in which country the next Olympics are to be held. The committee is made up of 100 members, including members of the National Olympic Committees, whose job is to promote sports in their respective countries. Today, in the country where the Olympics take place, there is an Opening Ceremony before the start of the Olympics.

At the conclusion of the game, there is a Closing Ceremony which is celebrated with great pomp and a fair-like atmosphere. Knowing the early conditions of the Olympics, one would hardly have thought that this game recorded in history would get so much respect and love. However, the Olympic Games today include a variety of sports, and versions such as the Winter Olympics, Summer Olympics have also taken place. Many countries of the world participate in it and players from different countries compete with each other to win medals. It is a great honor and pride for a country to win a medal in the Olympics.