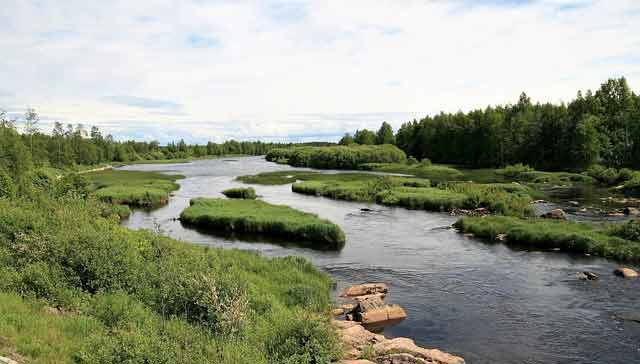 Sunrise and Sunset on earth – Mystery of Nature

The existence of life in various forms in our planet earth and the occurrence of day and night events make it extraordinary a unique planet in the solar system. There are about 200+ countries on this planet, where occurrence of night and day continues normally. However, there are some countries on our earth where rising and setting of Sun not happened in a normal way. most countries have 12 hours duration of day and 12 hours duration of night event. There are many countries in the world where there is a huge difference of duration in Day and Night Events. In these places, the sun continues to play the game of hide and seek for many months. Just think and guess how people would live their daily life in a country where there is no night.

Alaska, the largest state in the United States was actually a part of Russia which the US had bought in 1867. It is also known as the state of glaciers. The state is mostly covered with Snow. Here the sun does not set completely during May 15 to July 15. Although, it is night for some time but it is not dark. Here the sun sets at around 12:30 in the night and the sun rises here after 50 minutes.

One largest countries in the world which remains covered with snow for a long time. One can see the strange cycle of day and night in this country too. In some parts of Canada, such as the northwestern areas, the sun does not set for 51 days during summer and there is a constant daylight.

Finland is also called the country of lakes. The largest lake in the whole world found in Finland. It is considered to be the most suitable place to visit in the summer season. This is the reason that most tourists preferred to visit in the summer season. The sun does not hide here for nearly 80 days in the month of summer in Finland. Sun rays fall in this country even at night time. Therefore, it Finland is one of the most favorite places for tourists.

Iceland (Iceland) is a small country located in the northern end of Europe. This country is the least populous country in Europe. The sun does not set here from May 15 to the end of July. To see this Miracle of nature, millions of tourists from all over the world are visiting to this country.

Norway (Norway) is one of the most beautiful countries in the world called the Land of Midnight Sun. Due to its geographical location on the Antarctica Circle, day and night event are slightly opposite as compared to normal event. There is no night here from May to July, that is, for about 90 days. The weather here remains like evening for 90 days. It is neither even dark nor bright. The weather remains the same continuously for 90 days.

In Sweden, the sun does not set from the month of May to till August 20. The sun is visible in the sky here for about one hundred days.

On the other hand, when the Earth reach in a direction opposite to the Sun, then these countries stay overnight for several months because the rays of the sun do not reach these countries at any time in 24 hours. For this reason, this country remains in darkness for many months.