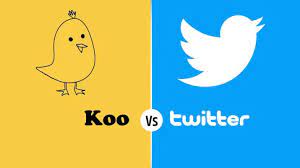 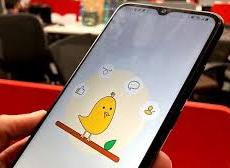 Switch to Koo App – The Indian Alternative to Twitter Twitter ( an American based microblogging social media platform) has shown its power in the present times. People across the world can share their views, thoughts, criticism and we can say that social media is the battleground of today’s war where tweets are the weapons of every individual. All the big controversies and protests are headed by Twitter hashtags. People with different opinions not only share their views but also conduct various campaigns to seek the attention of the concerned authority, political parties, and print media. Twitter is a social media company owned by America

Recently the koo app is in the news. We can say it is the Indian version of Twitter having a logo of a yellow bird in the front. It is a desi Twitter alternative. MEITY ( Ministry of Electronics and IT ) and several prominent political leaders of the country have started flocking on the this app.

Twitter is an American based social media company and from

the last few days, there is a conflict between Twitter and the

fake news, create negativity and violence, and also some

anti-national elements who want to demolish the dignity

accounts but Twitter has not taken any action in this matter.

So the Indian government has decided to make their own

microblogging platform and the koo app is also promoted

by them on a large scale. Recently Piyush goyal has

promoted the koo app by a social message.

Features of the Koo App-

Koo is more likely to twitter a microblogging platform that can be used to express thoughts, views, and opinions on various topics and this app also support various Indian vernacular and regional languages. You can share posts, photos, short videos like Twitter, it also has the feature of the direct message( DM) to chat with each other. On this microblogging website, you can also conduct polls and estimate the thoughts of the majority. It has a yellow interface and is more similar to Twitter.

It is co-founded by Aprameya Radhakrishnan and Mayank. The parent company of the Koo app is bombinated technologies. Pvt. Ltd this company has an earlier launched vokal app which was an India version of the quora app.

The app was launched in 2020, in the year 2020, the Indian government has started focusing on Atma Nirbhar Bharat and the government has also banned various Chinese apps to protect the data of Indian users. Atmanirbhar app innovation channel brought the koo app under the limelight. Koo app won the challenge along with some other apps. The PM also talked about the Koo app in his Man ki Baat show.

Twitter has not responded well to the plea of the Indian government so the government has started promoting the koo app. It is an indication that the government wants to push an alternative to the social networking platforms.

Union IT Minister Mr. Ravi Shankar has also threatened Twitter that if they will not obey the government instructions then the government can also take penal action against Twitter under section 69 (a)3 of the IT act which could potentially have the senior officials of Twitter company in India in prison for up to 7 years. and a financial penalty.

If the domestic audience in India will shift to the K-App then how they can connect to the international audience is the major issue right now with the K-App. So having our own Indian app is a good step towards a self-reliant India and we should promote it.

1 thought on “Switch to Koo App”