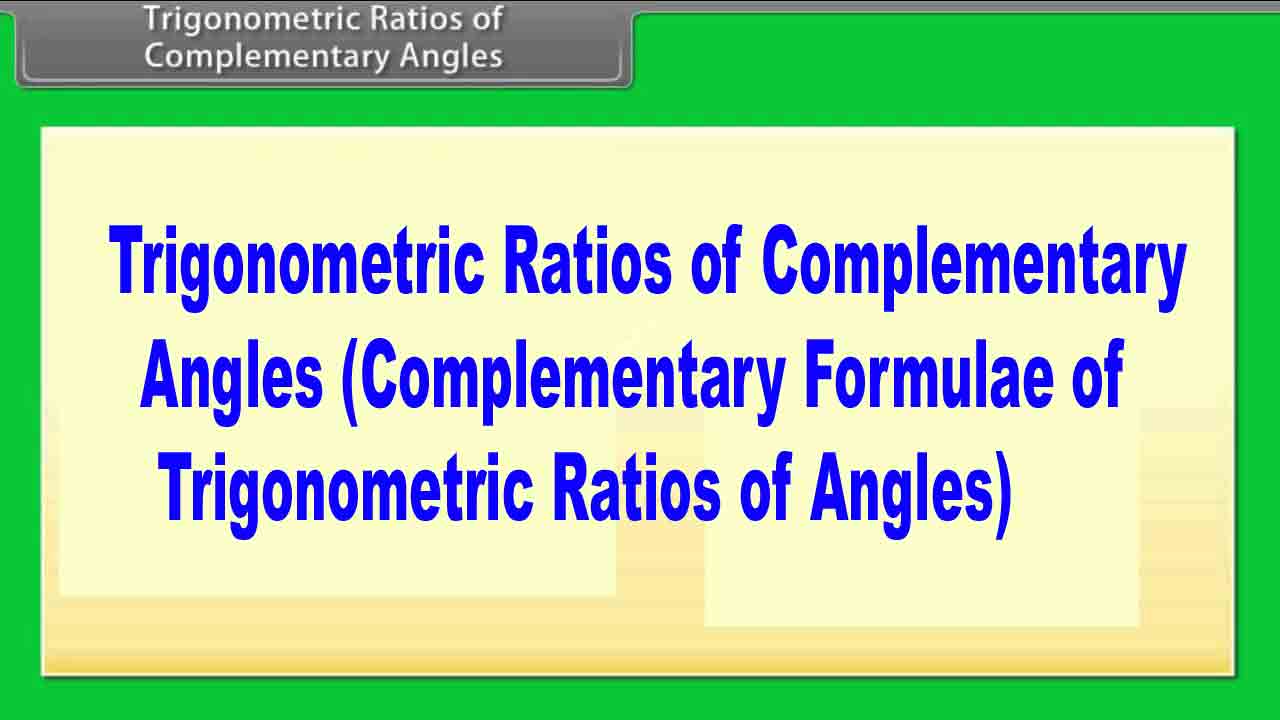 Let us understand the details of Trigonometric Ratios mentioned as under.

Let us consider a Right-angled triangle, △PQR right angled at Q that is ∠PQR = 90°

In this figure, we have some specific observations:

Also, in △PQR, let us suppose that ∠QPR = θ. Then in accordance with Angle Sum Property of a Triangle, we know that the sum of three angles of Triangle is always 180° and so, from △PQR, we have

So, from the above expression, we can derive 6(six) Complementary Formulae of Trigonometric Ratios of Angles mentioned as under: