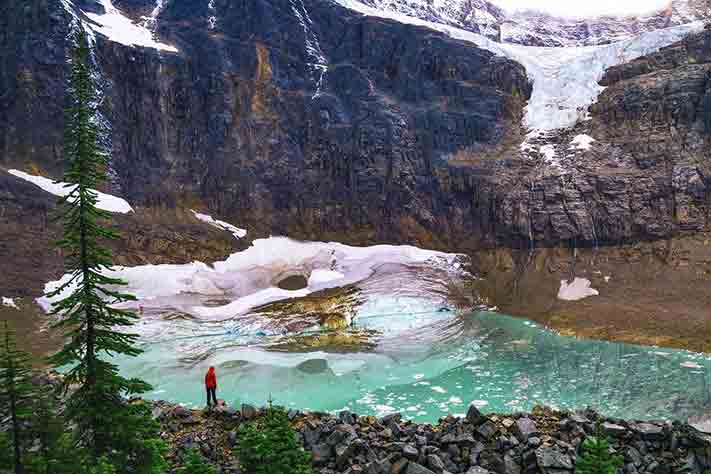 Uttarakhand Glacier Burst: On Sunday a glacier broke off in the Chamoli district of Uttarakhand causing massive destruction in the nearby area. Around 170 people have been reported missing after this disaster. This disaster has shaken Uttarakhand once again after the incident of Kedarnath. It has created a sense of fear between the people, as per the reports around 7 dead bodies were recovered, but we can not estimate how many lives have suffered because of this fatal incident.

What happened in Uttrakhand?

A huge glacier in the Nanda Devi landscape breaks and falls into the Dhauliganga river and then a huge surge of water, mud, and rocks downstream has spread in nearby areas.
This glacier burst took place at the Rishi Ganga power project near Joshimath in Chamoli district during morning hours. This catastrophe has completely destroyed the hydropower project, apart from this, it created huge destruction in several villages, damaged homes and lives, and 5-6 bridges in that area.

This fearsome avalanche has destroyed such big hydropower projects and killed people, most of the people who died or missing are those who are working on these projects. And around 200 MW Power supply to the national grid cut from major plants.

The government has deployed Army forces, NDRFs to conduct rescue operations. The DRDO team is analyzing the whole incident and trying to find out the possible reasons for this fearsome avalanche. Army cheetah helicopters are also conducting aerial missions in the area.
The rescue committee has said that there will be no water surge and downstream flooding in the area. Relief teams are working on the spot and no one can determine the actual casualties in the area.

Possible reasons for the disaster-

the massive flood is glacier burst and cloudburst but on that

so it is quite peculiar what causes that severe burst.

Another possibility is the increasing pressure from a

growing lake or some other external reasons and

then it leads to water surges and flooding.

The major problem which has to be faced by all countries

is climate change and shifting weather patterns. the big

and showing concern on this issue is not the solution.

Actions to tackle this issue is the need of the hour.

increased rainfalls and snowfalls and because of

global warming winters are not that cold. warmer

winters lead to the melting of ice in the glacier.

Disinvestment and Privatisation: Why The Central Government

The lack of monitoring of the Himalayan region can be the major cause of this disaster. the government should monitor all the eco-sensitive zones regularly and spend resources to track the hilly areas so that the people will become aware of the changes and we can save lives and livelihood with prior information. If the government will not take any action such incidents will continue to kill so many innocent people.

The mismanagement and unorganized working culture of employees in the construction area can be the reason for such big disasters. Global warming and climate change are the major reasons for such incidents. Pollution, Population explosion, and depletion of natural resources is the main cause of every natural catastrophe, various innocent people have to suffer because of such natural calamities. These natural calamities are also man-made only. Construction of power projects, roads, and highways in ecologically sensitive zones can be disastrous for the human being itself. a scientific analysis of the geological area should be done before introducing big projects in any zones.